Rescue Stories WARNING this is extremely disturbing and one of the saddest things we have ever seen in our 25 years.

WARNING this is extremely disturbing and one of the saddest things we have ever seen in our 25 years.

WARNING this is extremely disturbing and one of the saddest things we have ever seen in our 25 years. 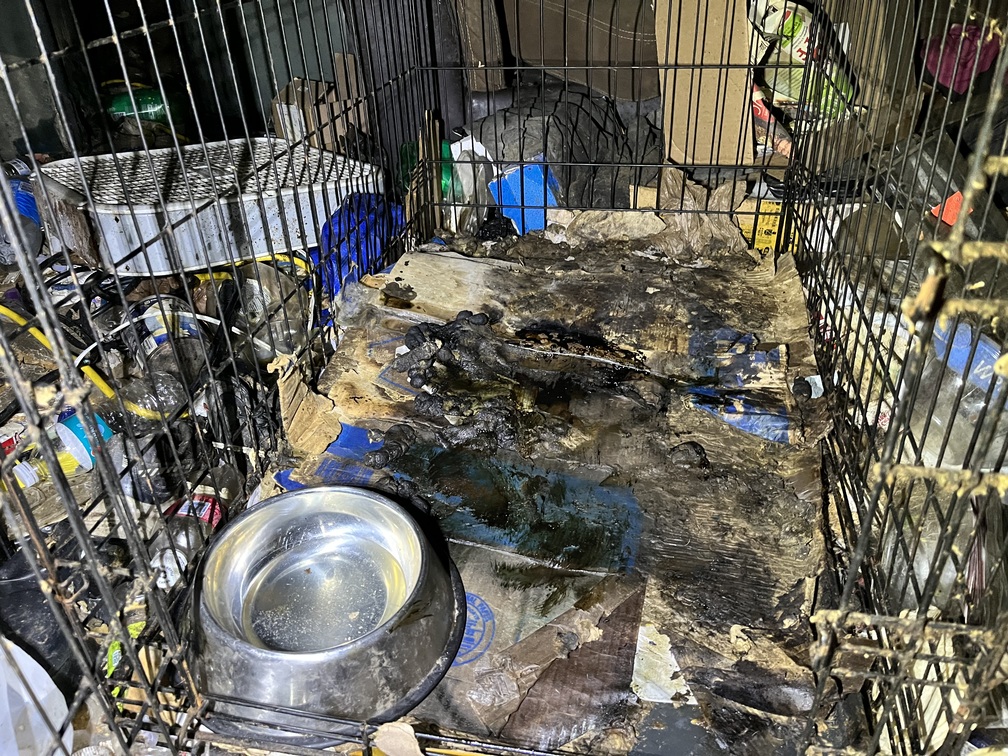 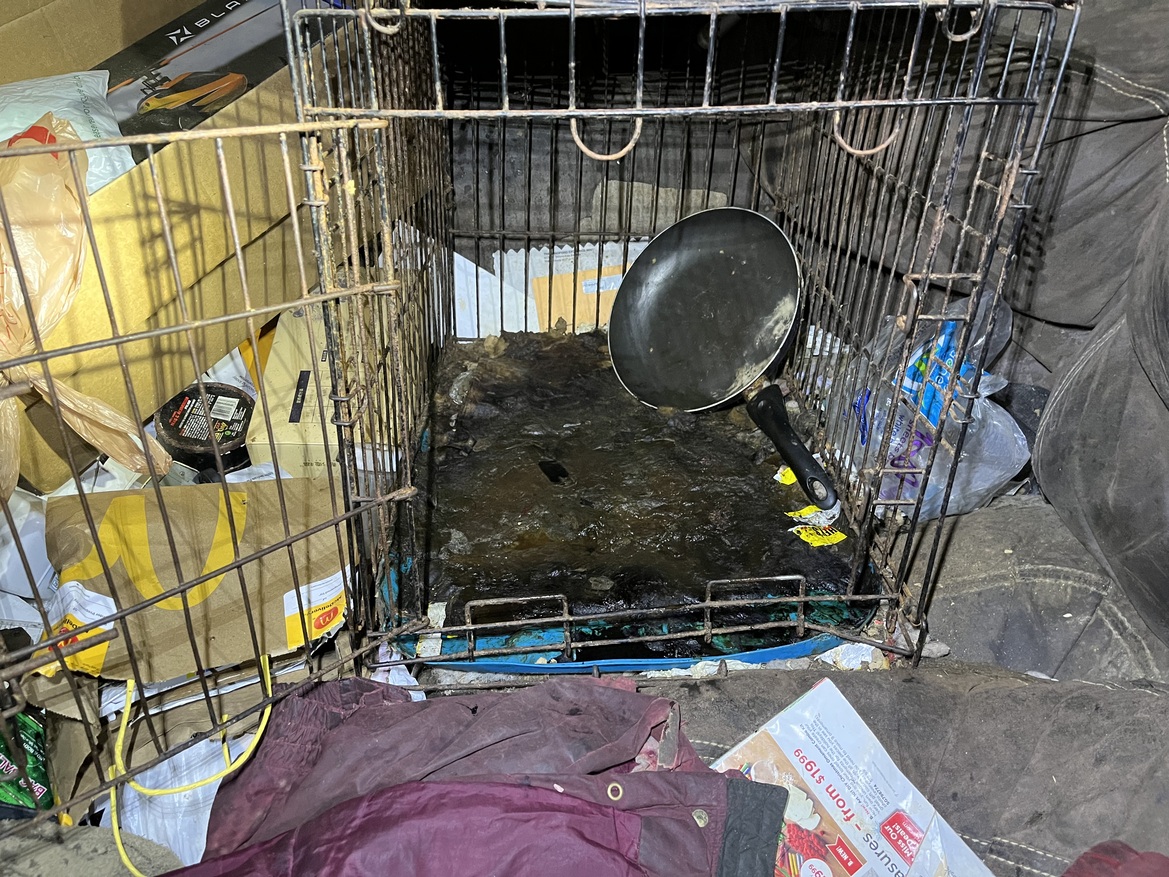 The Sheriff’s Department called us and Donna met them at this house. We can never prepare ourselves for sights like these.

Once you get passed all the trash, there were two crates hidden in the house.

The first held a dog that was already deceased. The base of the crates are caked in feces and urine. You can see how the dogs tried to get out because feces are all over each of the bars. It is a sickening sight. He starved to death.

But in the second crate, one dog is standing over another deceased, also starved to death. There is also a large frying pan in the crate with both of them.

We got the survivor out, and we named this brave girl Christmas Rose. Once she was safely in the Jeep, we loaded up the other two bodies, both boys. They will be cremated and given dignity in death. It is the very least we can do for these poor souls who have suffered so greatly at the hands of man. 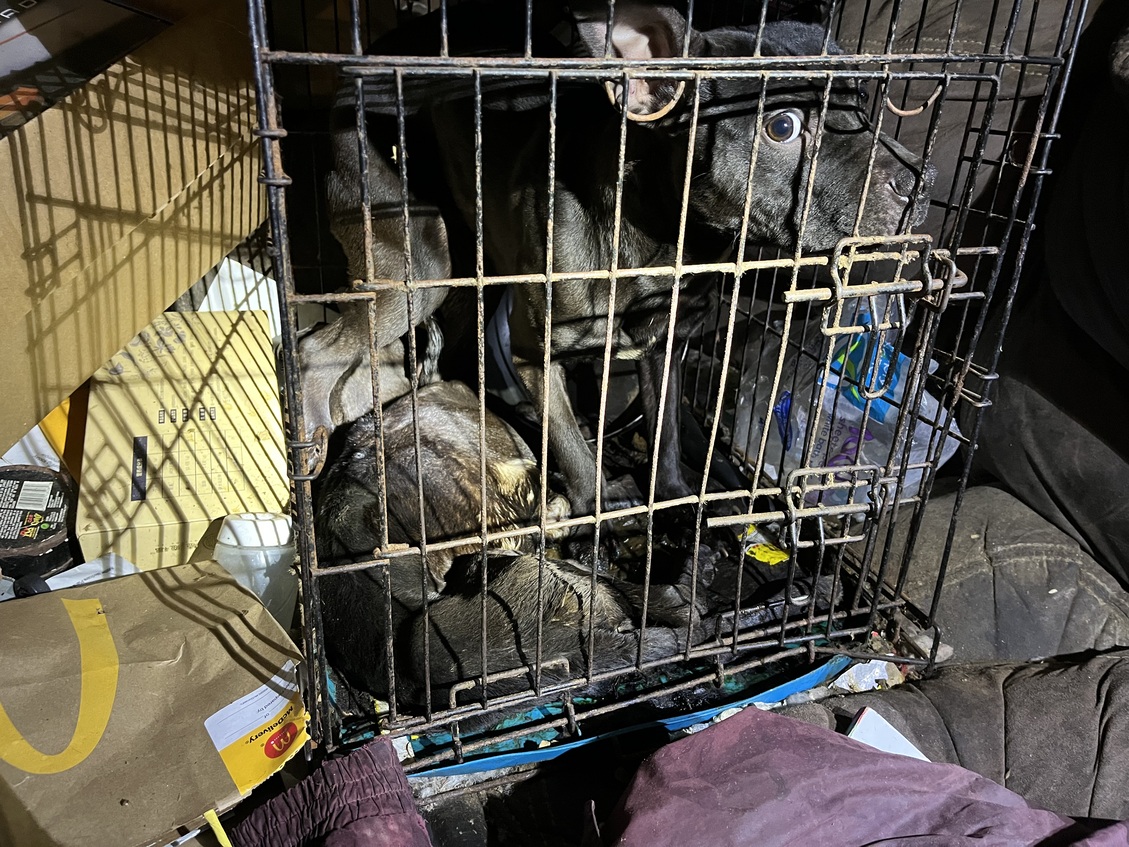 Christmas Rose is doing wonderful. Despite the hell she’s lived through, she is kind and gentle and sweet. She came to Stray Rescue where we bathed her, then she left immediately for a foster home where she is being treated like a queen. 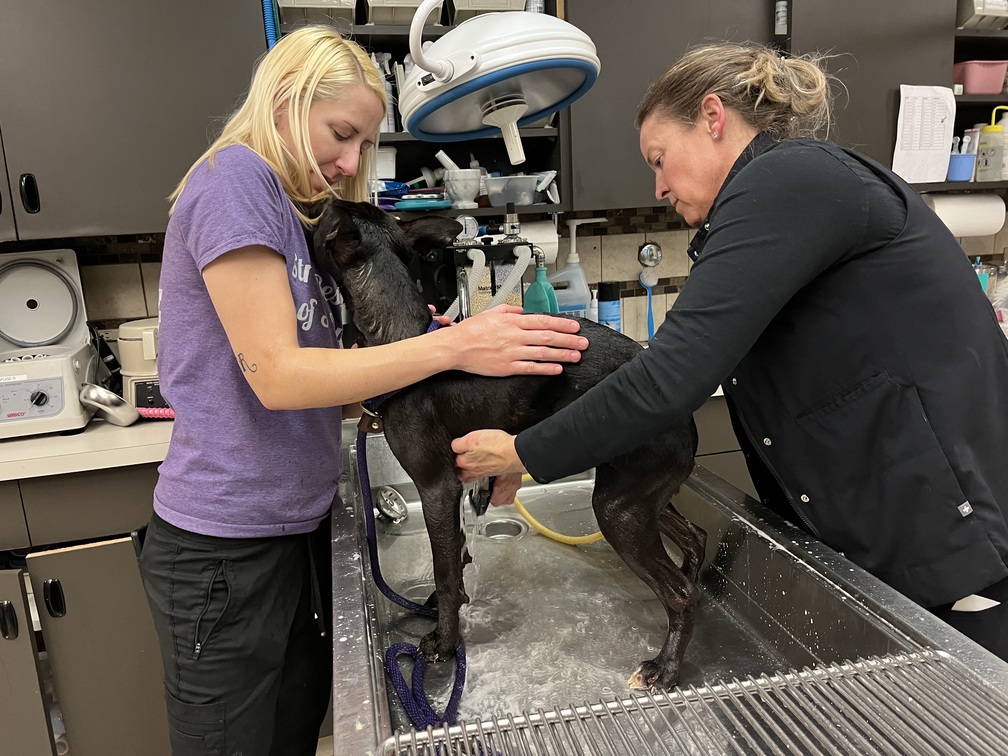 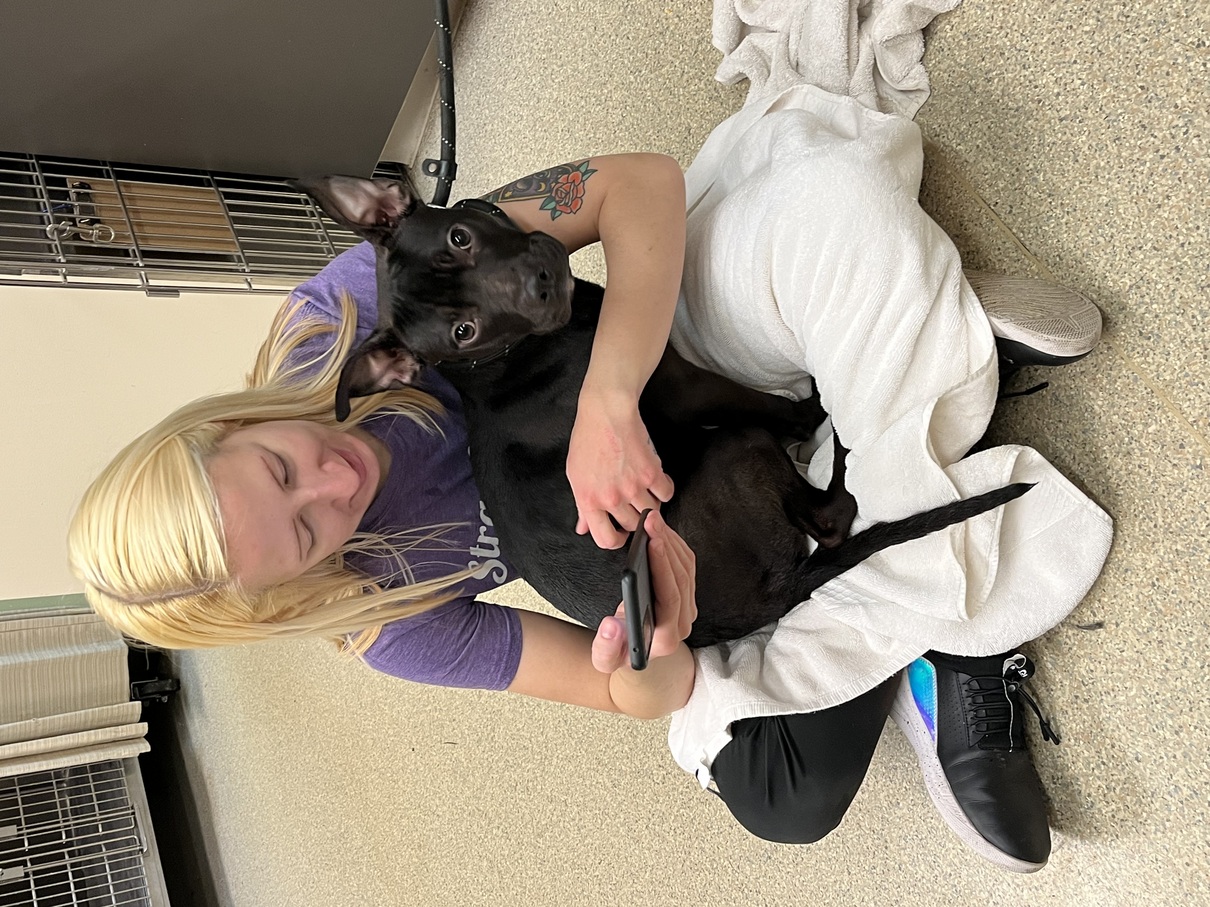 Her foster mom says she is a little shadow and loves to lay in her lap. She has met dogs, cats, and kids and did wonderful with all of them. She hates being in her crate. It makes sense she would never ever want to go near a crate ever again. So her foster family is working on potty training, but she'll be available for her forever home soon. And we'd love to find a family who is home a lot so she doesn't have to be in a crate, where we're sure she has nightmares.

Please consider making a donation, which will go toward the cremation costs as well as our Stracks Fund for medical emergencies so we can help as many as possible this winter. This is an ongoing investigation so we cannot give any other updates at this time regarding charges. We can only hope justice will be served. 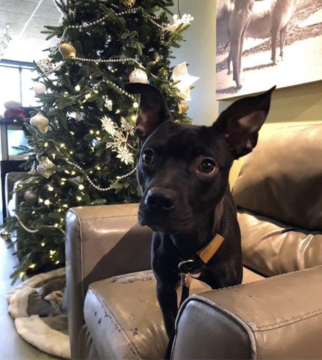 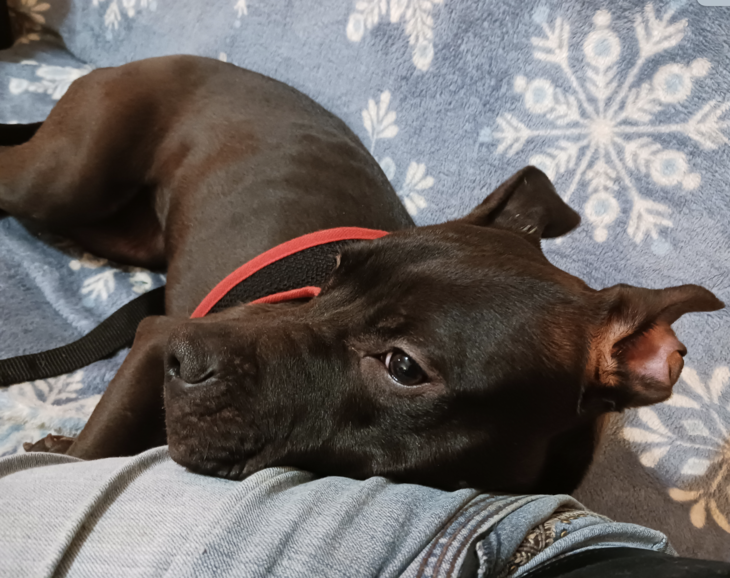 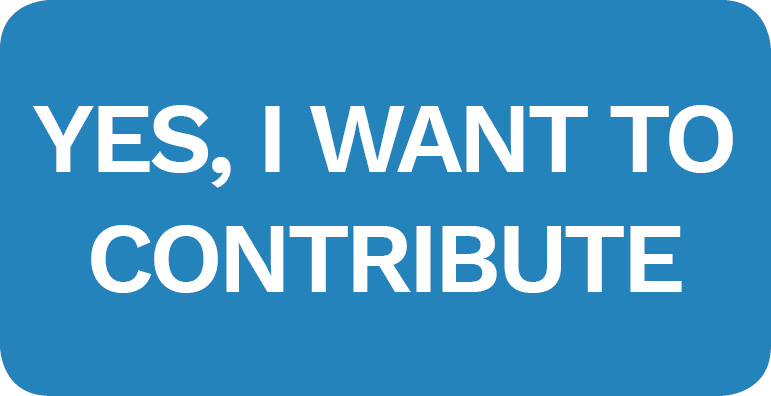