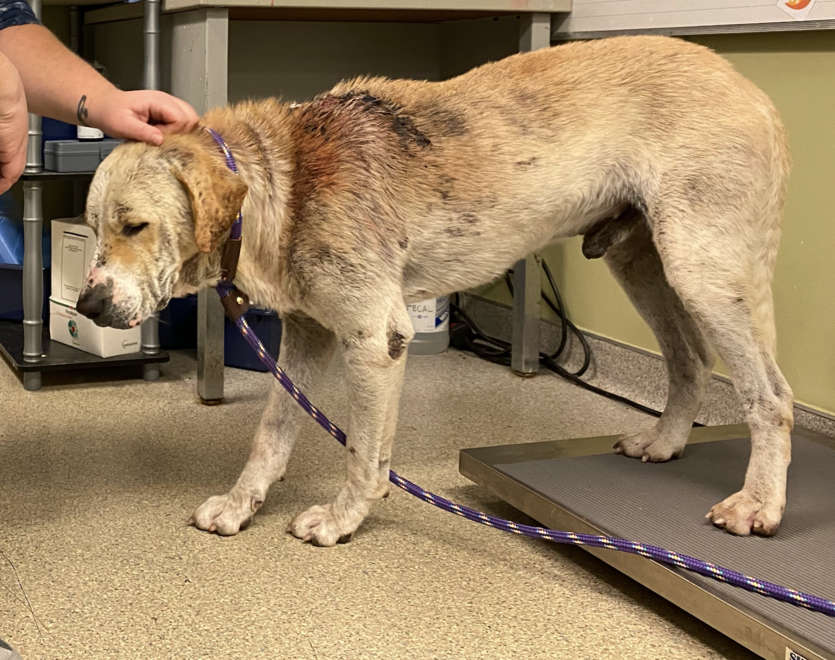 Is it possible to trust too much?  Does unconditional love make you weak?  Or, maybe it opens doors to healing that wouldn't be there without that trust, even after unimaginable pain and betrayal.  Elfrid is not afraid to love humans, even after the horrors that people have put him through.  This is his story..

A good samaritan that we have helped with dogs before in southern Missouri rescued a dog with an unspeakable injury.  She emailed our Executive Director Cassady asking if we could help with the following photos. 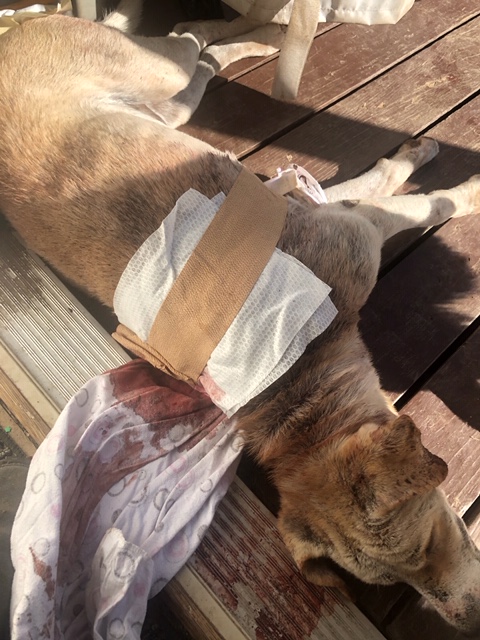 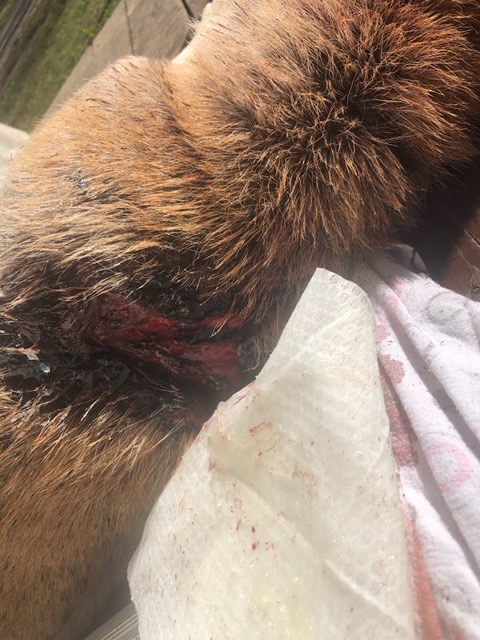 In her words, 'someone has taken an axe or a hatchet to this dog's neck and he needs help.'  Initially, she had taken Elfrid to a local veterinarian who, after performing an evaluation, recommended euthanasia as they did not think he would be able to survive such a terrible wound.  But, Elfrid still had hope in his eyes and she saw that he trusted her.  She knew that he wanted to fight for his life.

After disagreeing with the results of the vet exam, this good samaritan emailed Cassady for help.  To us, helping Elfrid was a no-brainer. Without a moment of hesitation, Cassady of course said, "YES. He can't wait, we're coming to get him now." Even though it was a long drive, our Shelter Manager Shell hopped in their car and didn't waste a minute. Shell said he initially couldn't stand. They transported him to Stray Rescue and fell in love with his spirit on the way.  Elfrid quickly fell in love with Shell too, scooting into their lap and resting his head on their shoulder the whole way home. He wagged his tail with every kind word said to him. 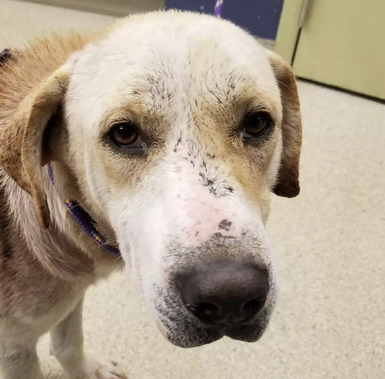 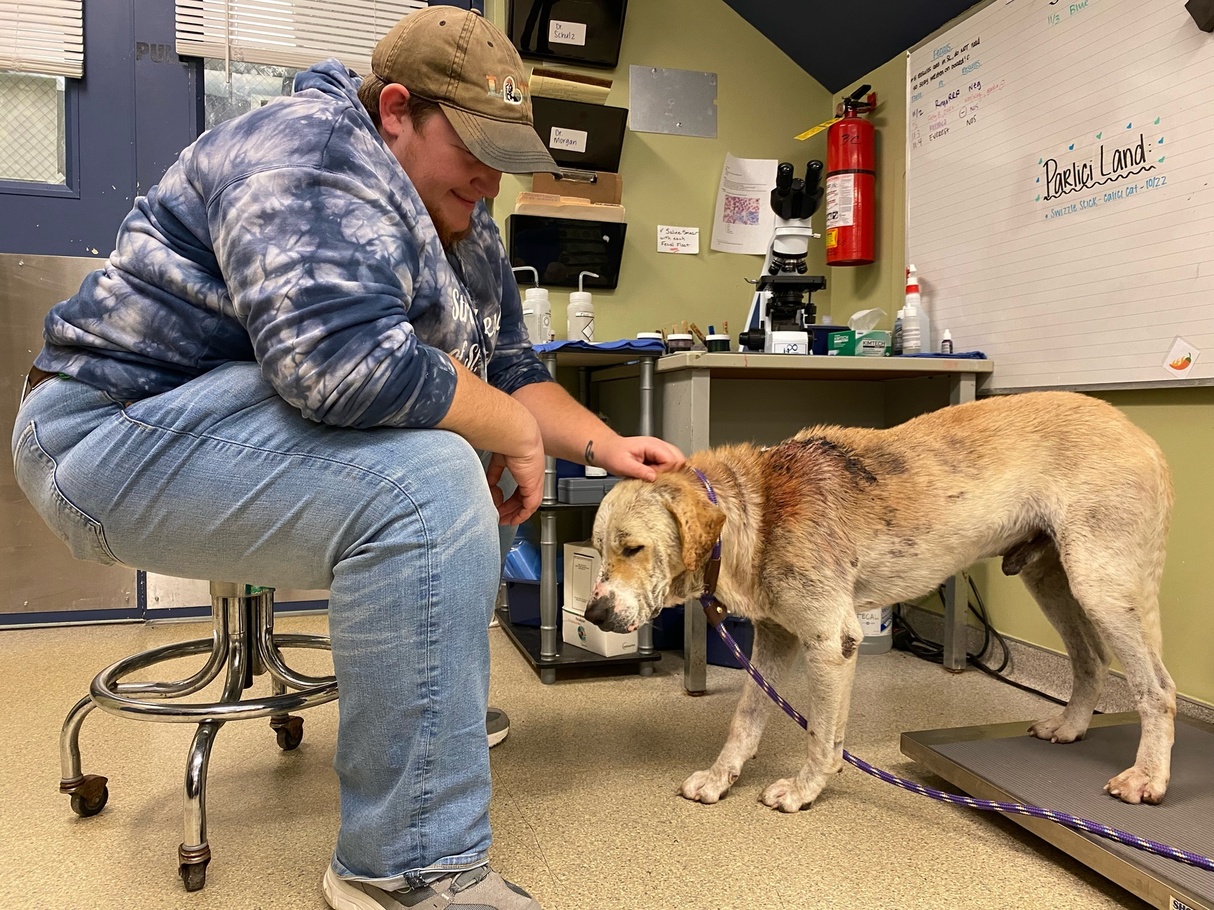 When they arrived at the shelter, Elfrid greeted our clinic staff with tail wags and kisses while blood and infected tissue oozed from his gaping wound and dripped onto the floor.  Although he originally wouldn't stand, he was walking slowly now. He had been put in this abhorrant condition at the hands of humans, yet he knew that the humans standing in front of him wanted nothing more than to ease his pain and heal his injuries.

At first, our Veterinary staff was horrified by his machete-wound, but upon closer examination, it was determined this was actually a shotgun wound, and weeks old riddled with infection.  Whoever decided to pull the trigger also deemed it necessary to leave him out in the cold to die an unthinkably painful and lonely death.  But focusing on that act of despicable hatred does us no good.  That anger, resentment, and sadness only detracts from our goal, which is to get Elfrid healthy, to right the wrongs done against him, and find a loving home who adores him.

Elfrid will need weeks of treatment.  His wound is so deep and infected that he will need daily bandage changes and deep cleanings every day.  There is so much dead tissue around the deep wound. 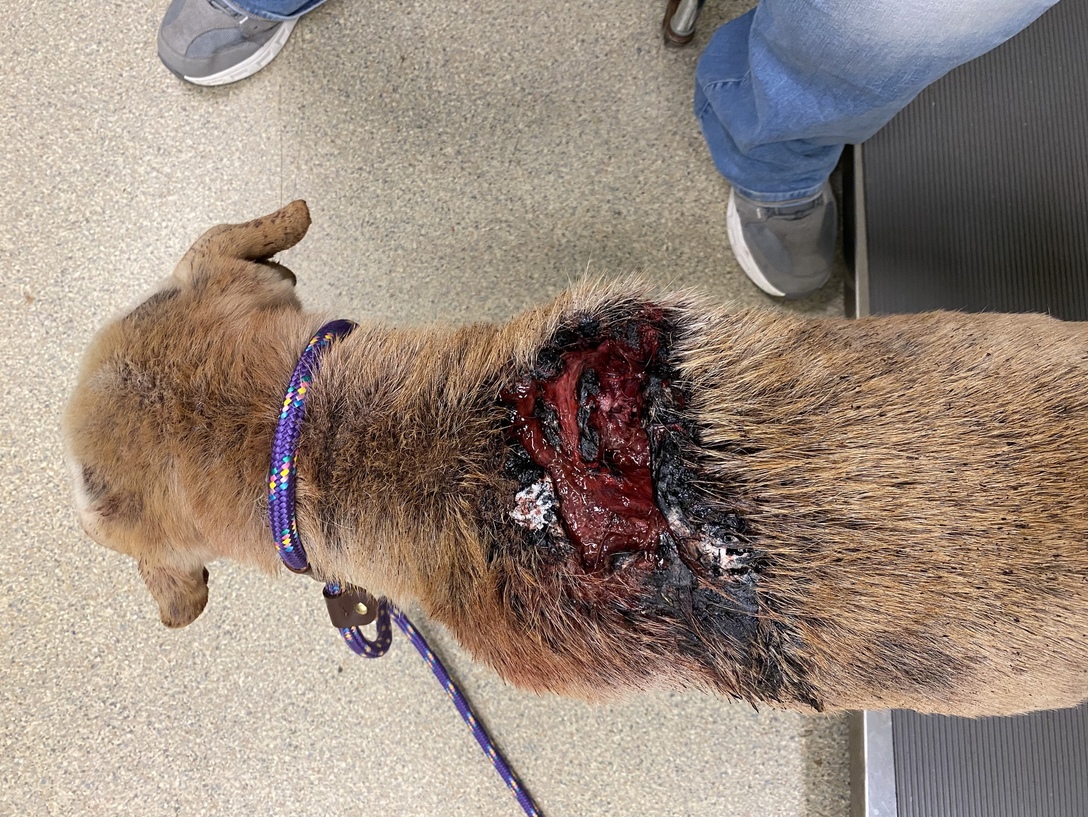 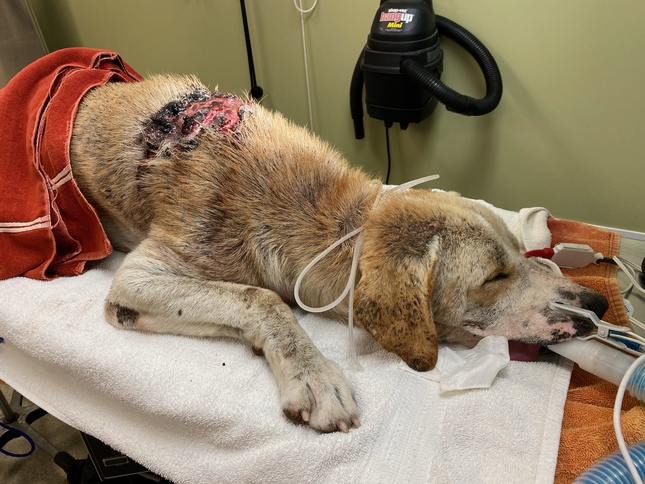 So, how does a dog in his condition not hide away from the same creatures that caused him so much pain?  It is because dogs, like humans, are innately good beings that thrive on love and trust; it is the foundation of the 'man's best friend relationship'.  Elfrid knows that just because one human decided to do this to him it doesn't mean that all humans want to hurt him.  Elfrid prefers to spend his time loving and being loved rather than letting pain, betrayal, and suffering eat at his core.  So, is it possible to trust too much?  Does unconditional love make you weak? The answer to both questions is no.  Absolutely not. 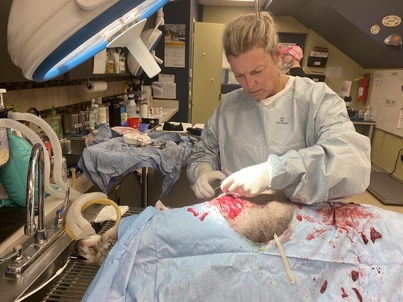 Please give toward this sweet soul's medical care, which will last weeks as he heals from this horrifying injury. We are grateful for any amount, as it will all go toward his long healing journey ahead. Thank you for caring about Elfrid and for trusting us to care for him. It's only because of YOU and your loving hearts that we could say yes immediately to the call and go get him. 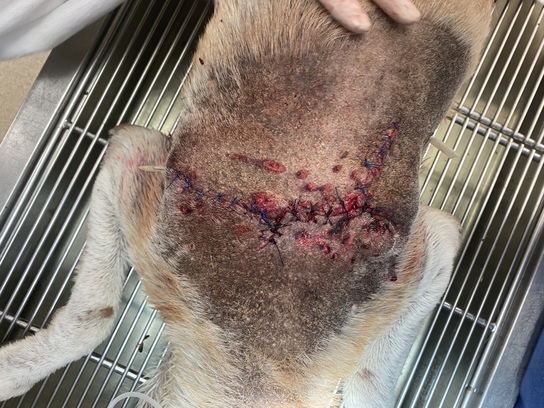 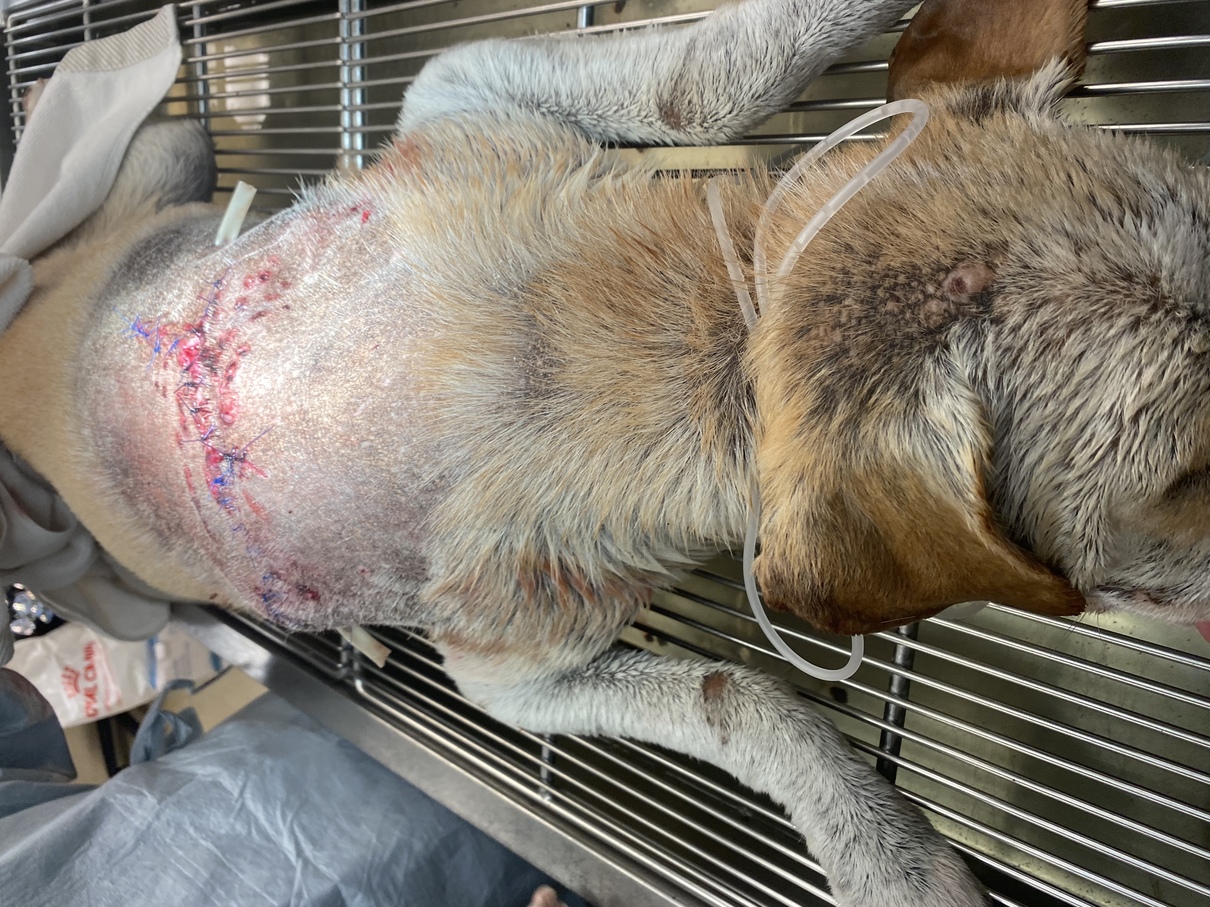 Make a one-time donation here or sign up to give monthly: