Rescue Stories I am not trash. My name is Kismet

I am not trash. My name is Kismet

I am not trash. My name is Kismet

I was driving around the city looking for a particular dog when I saw something moving out of the corner of my eye. I hit the brakes in the jeep to get a closer look at a huge mound of trash. I got out and walked closer to the pile of trash, I didn't see a dog anywhere. I thought maybe whatever was there had wandered off. Then, all of a sudden, I spotted him. There was a dog curled up in a tight ball laying between garbage bags. With his dark coloring, he blended right in. 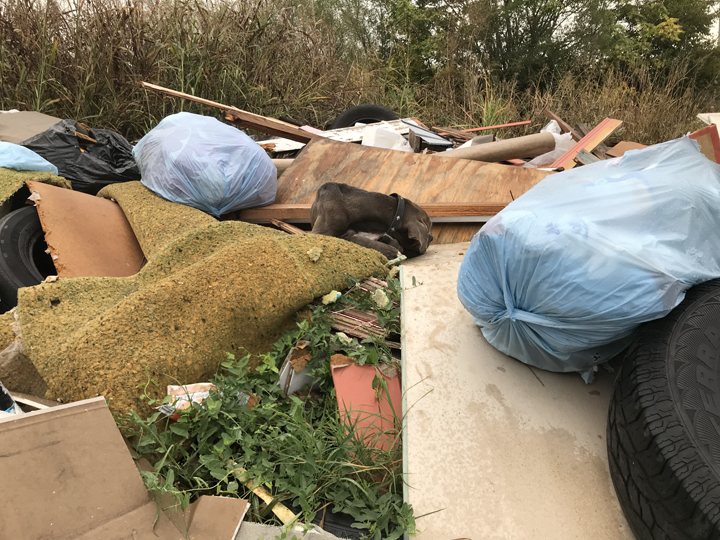 I approached slowly, not knowing if he would get spooked, get up and run. He was shockingly skinny, and I knew he needed our help. He did not get up and run. In fact, he did the opposite. He just laid there. He didn't even raise his head until I was almost right next to him. Then, I could see his hollow, lonely eyes looking back up at me. He ha that look that told me he had completely given up. He laid his head back down, expecting me to walk away as every other human in his life had done. His ribs, hip bones, and spine were so prominent in his emaciated body. I put the leash on him, and he didn't even try to stand up. 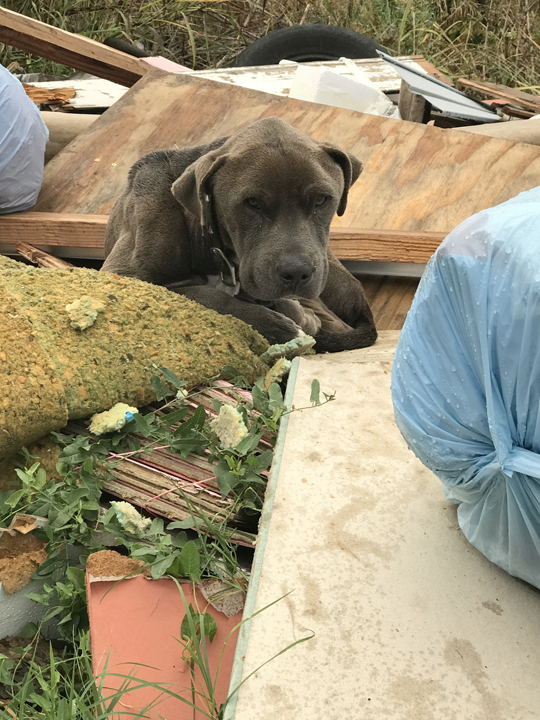 I bent down, scooped him up in my arms while talking gently and reassuringly to him. I carried him back to the jeep and laid down blankets. He curled right back up, just like he did on the mound of trash. In my eyes, he was not trash at all. He was a beautiful soul who deserves a life of comfort and to be part of a loving family. I can't believe I stumbled upon him on that dark, grey morning. He would have been so easy to miss. I named him Kismet, which means "Fate."

Please give to Stray Rescue today. We give every dog a chance to start again.