Rescue Stories An amazing and emotional rescue (with a happy ending!)

An amazing and emotional rescue (with a happy ending!)

Some rescues are pretty straightforward, some can take weeks and some can actually take years. That’s how long it took for us to rescue Mummy.  She was part of a pack that we have been tracking for many years, and we would pull litter after litter of puppies from them when we could find them. We tried many ways to rescue Mummy – and even tried trapping her by baiting a trap with her puppies – but nothing seemed to work. She was one street-savvy girl! She was one of three that we would consistently see together. There were two females and a male, and the two girls seemed to take turns having litters of puppies. All three dogs were equally feral and street smart. I couldn’t even gain their trust by feeding them because they would just run away the second I got out of the Jeep to feed them. But all this time, I kept an eye on them.

This time when I noticed her, she looked like she was nursing puppies again, and I actually got lucky. I watched her from a distance in the Jeep as she kept crossing fields and alleyways until I noticed her cross one alley but not come out the other side. I knew there were two abandoned houses there that I had been in before and knew there was only one way out of one of them. I checked that house first and found her in the basement. I whistled a bit as I approached, and she jumped up and out through the window right past me. I went in through the window and spotted the week-old puppies almost instantly with my flashlight, laying in the pitch dark on filthy trash. They were not old enough to take from their mom, so I would either have to get her too somehow or make the difficult decision to leave the puppies until they were old enough to pull. With there being one exit out of this house, I knew this was my best chance to get her in all the years I have been trying. I left her alone for a couple of days so she would feel comfortable being back down in the basement with her puppies again. And I put a plan in place.

The day I went back, it was raining, so the chances of her being in the basement with the puppies were very high. With a great team along with me to help, we brought a net and a large plastic crate and made our way to the basement window. We snuck up to the house with the rain covering the sound of our footsteps. And there! We spotted Mummy in the basement right away. As soon as she heard us, she got up and tried to figure out how to get out of the basement. But, we were ready for her and had the net up in front of the window. Before we knew it, she was in the net! She was terrified, so we covered her with a blanket to help calm her down. We decided to zip-tie the door of the crate on so we wouldn't have to get her out of the net and risk losing her. Once we had her secure inside, we carried her to the safety of the Jeep.


After all these years, it was the most overwhelming feeling to have her safe, secure, and off the streets! This is all I have ever wanted for her and the emotion catches in my throat. Once mama was in the Jeep, we went back to get all the puppies out of that cold basement. It was such a relief knowing that the whole litter of those beautiful puppies was safe. I don't know how they would have ever been able to escape with that window being the only way out. It gave me chills to think about that. But the best feeling was knowing that this was finally going to be Mummy’s last litter!

We headed back to Stray Rescue and got mom and puppies all settled into their room in the shelter. Almost immediately, she climbed into the pool with her babies, gave a big sigh, and began to nurse. Mom is definitely still scared, but we will work with her and let her come out of her shell on her own time. We will be patient, but knowing she has a clean, safe, warm place with all the food and water that she wants is an amazing feeling. Her puppies will all be vaccinated, spayed, and neutered and go to foster homes when they are already. They will all have families that love them instead of trying to survive and dodge the many threats and dangers on the street.

Sadly, the other two dogs Mummy was running with on the street haven’t been spotted for a while now. But, we won’t give up on them. We never give up. We’ll keep looking and hoping that someday soon, we’ll get lucky with them too and get them off the street and on to a happy, healthy life with families that love them.  And so, our work continues.

Our Mummy left for foster and she is settling in beautifully! She is slowly figuring out what being in a home is like after a few months in the feral lounge, but she relaxes and shows us more of her personality every day! We can't wait to get to know this beautiful girl better. After one week with Mummy, she still doesn’t let us get too close to her but she has her routine and trusts us more every day. Her favorite things are napping in her kennel, her daily walk, and of course breakfast and dinner. She is so sweet and curious, I can’t wait to see how she continues to grow. 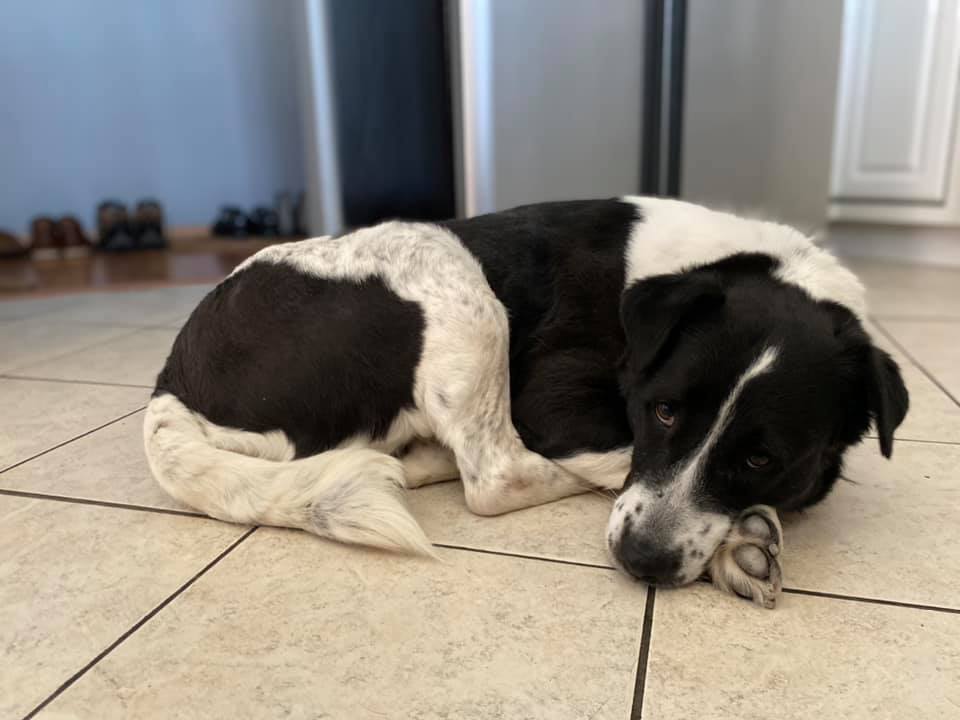 Please give if you can, and help us save more like Mummy and her puppies!