Rescue Stories Imagine Being Starved to Death - this is Northern Star

Imagine Being Starved to Death - this is Northern Star

Imagine Being Starved to Death 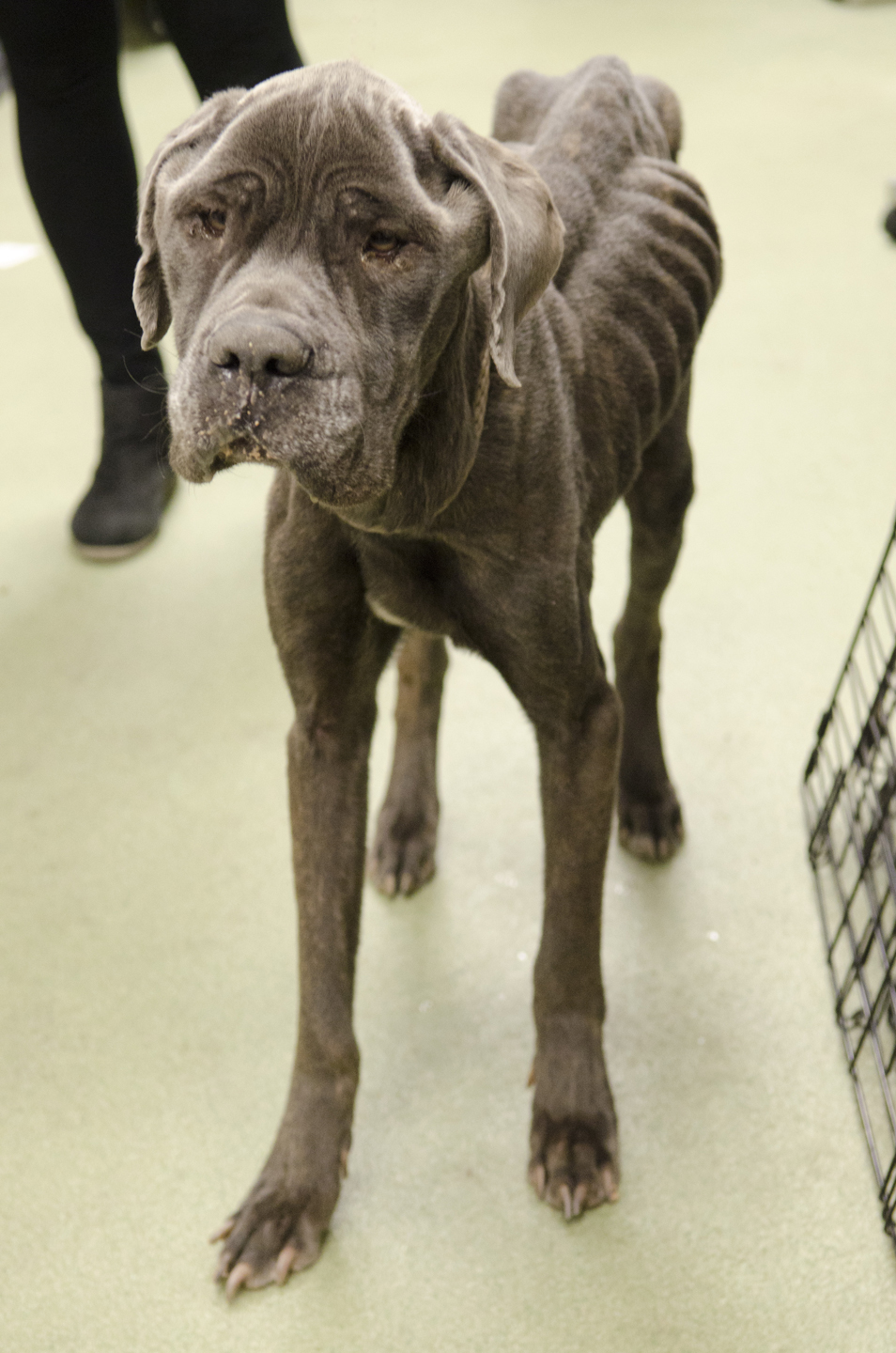 Imagine being starved to death. You want to eat, but the food never comes. It’s part of a dog’s life to be totally dependent on man for their basic needs, but what happens when man stops providing? What human can just sit by and watch their dog deteriorate to nothing, watching them slowly die? This is Northern Star’s plight, her horror and pain. 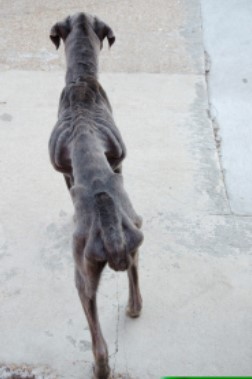 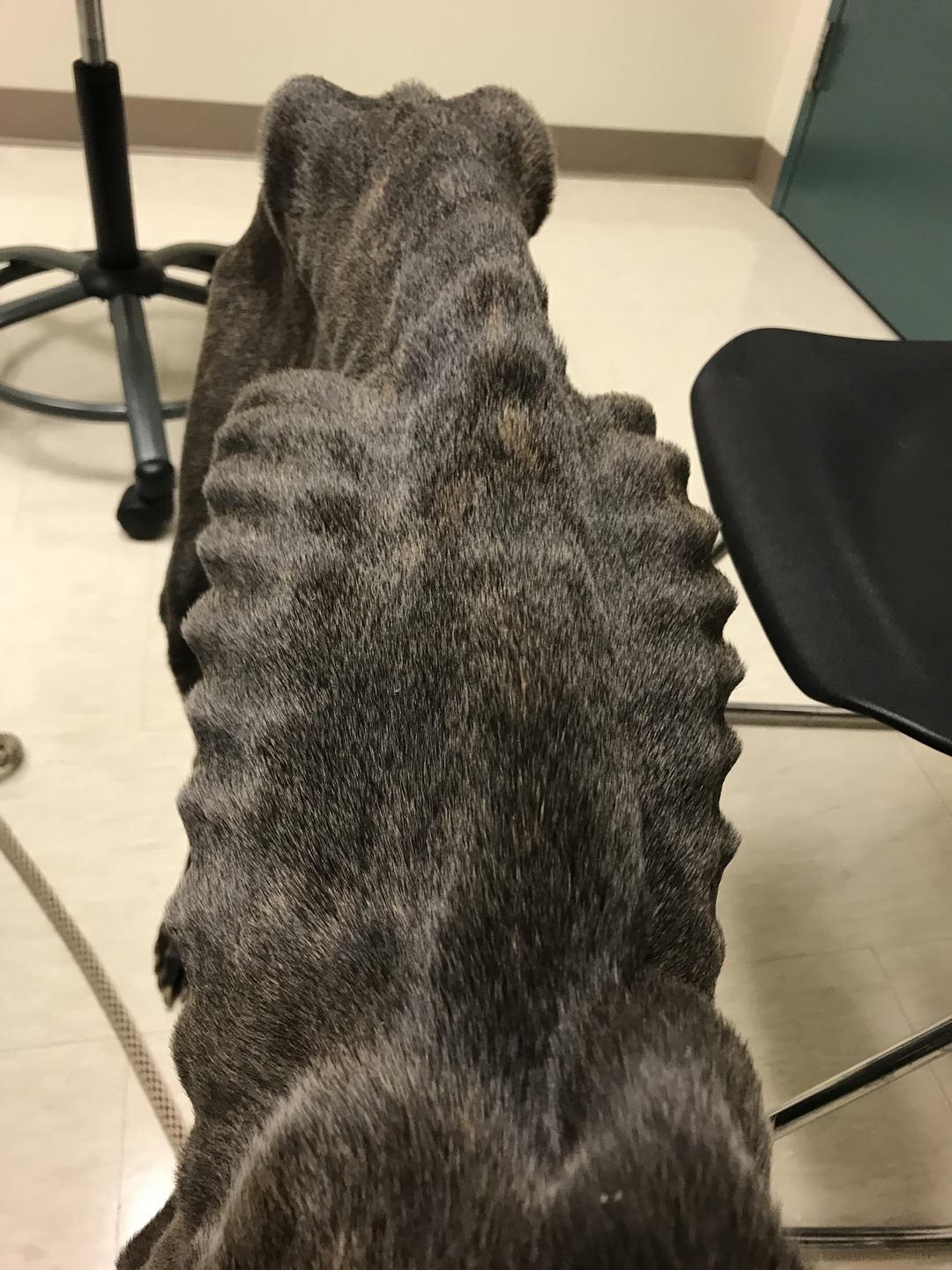 I’ve been rescuing in the toughest parts of the city for the better part of my life. When someone says the dog’s owner was killed and they’re just looking after them, you want to believe that’s the case. But then you see a picture of the same dog in the “friend’s” house when she was healthy. Now Northern Star is a walking skeleton. We are used to being lied to.

Donna’s heart broke as she lifted her into the Jeep, and mine broke when I first saw her. It’s bad enough that she was being starved, but her condition is even much worse than that. Northern Star has lockjaw from malnutrition which caused her jaw and tendons to shut down, closing her mouth for good. She was living a nightmare of being unable to eat or drink even though she desperately wanted to. She wasn’t able to kiss, bark or make a sound, but her eyes told us she knew we were the good guys and that we wanted to help her. She knew we would do everything possible to save her life. It is what Stray Rescue does and radiates in all of us at the shelter. She knew. 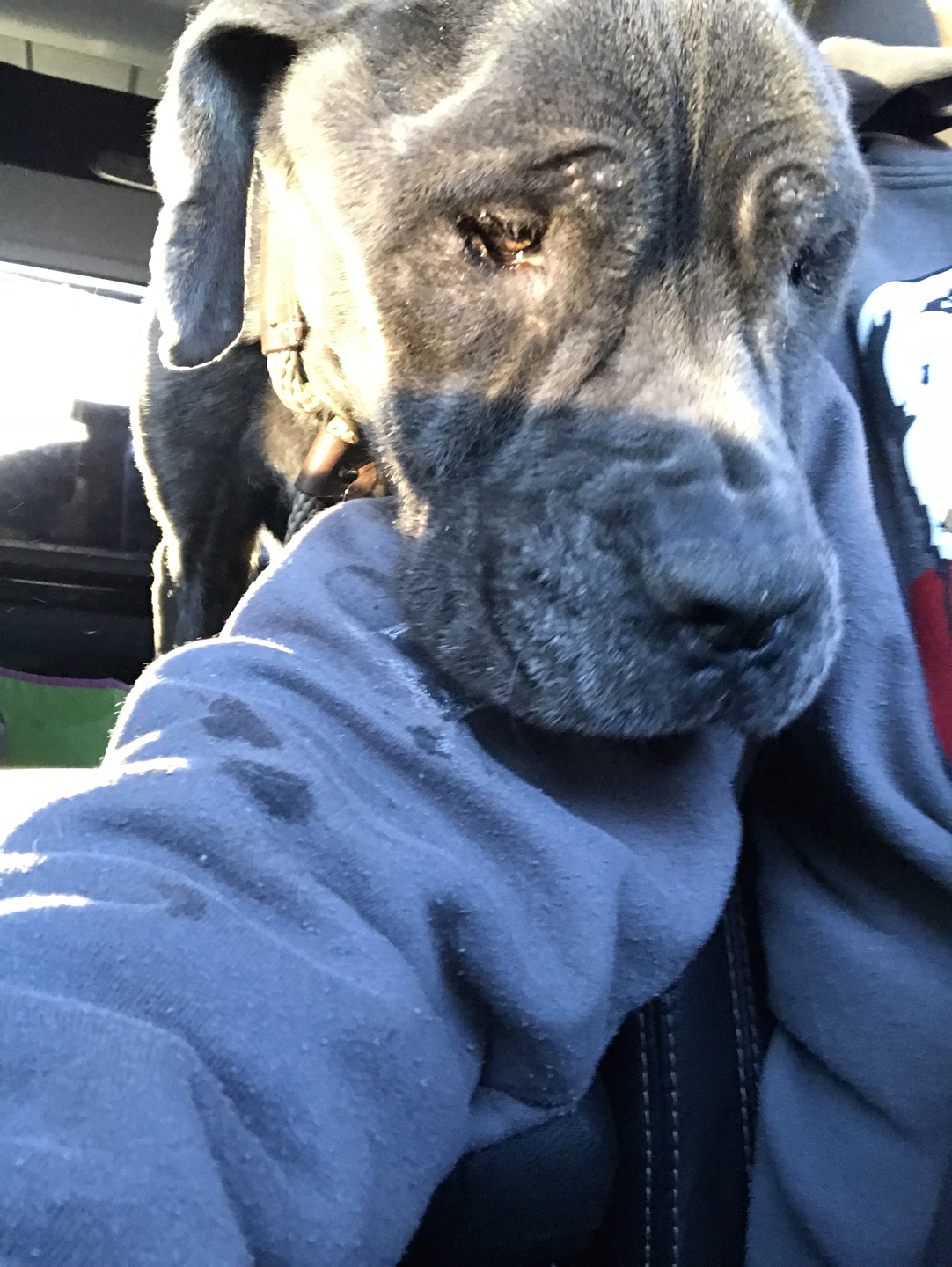 Northern Star is now at the University of Missouri, and had her first lifesaving operation on Friday. Saturday she ate on her own for the first time in a long time! And she will still be undergoing a second surgery. I have seen lockjaw before with a dog afflicted with tetanus. Never have I seen a case this bad because of malnutrition and starvation and the body is literally shutting down. 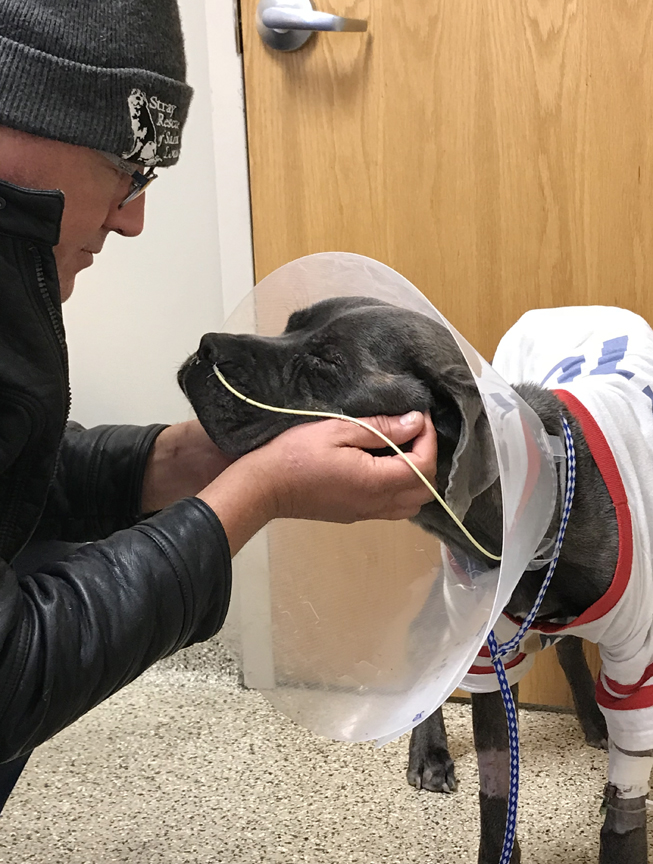 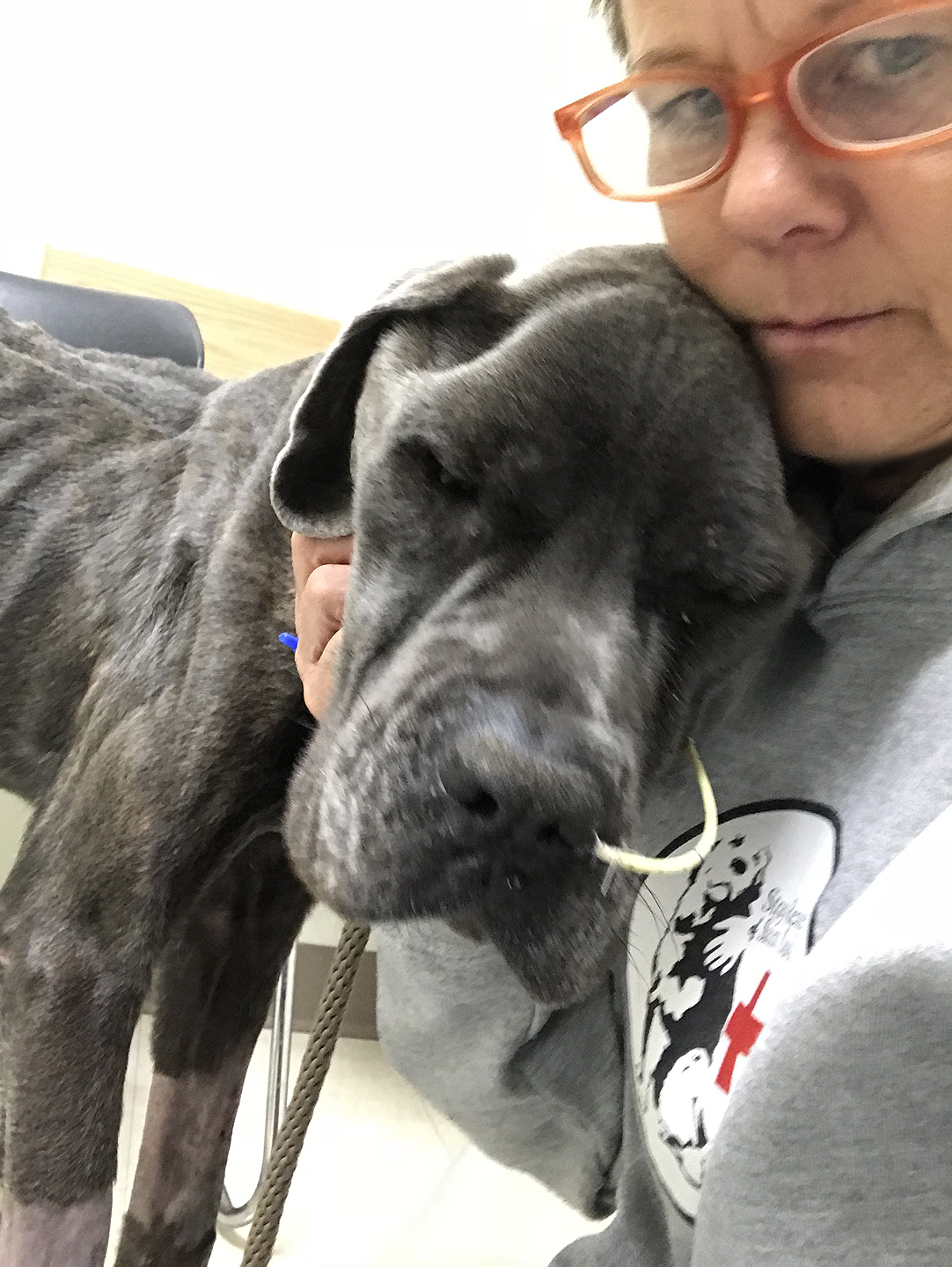 Today is Sunday (12/17/17), and I’m at the Rescue Ranch sitting here thinking of her sweet face and holding back tears. We all remember the special dogs that beat all odds like Champ, OP, Glamour and many others. Now we have another special innocent soul who needs us all to come and rally behind her. Please help us cover her extensive medical costs today. With prayers, love and funding, Northern Star will one day starve no more.

At the end of December, we rescued Northern Star. She had lock jaw and was literally being starved to death. We sent her to Mizzou for surgery and very slowly nursed her back to health. The NOW photo was taken today! Look at this big, beautiful, HEALTHY girl! Rescued at 39 lbs, she now weighs 80.7 lbs!! Thank you all for your love and support of our girl!! 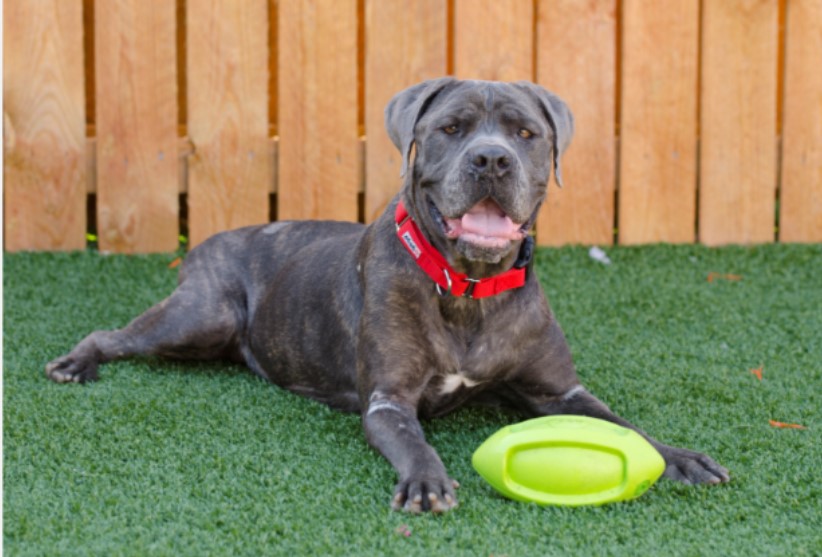 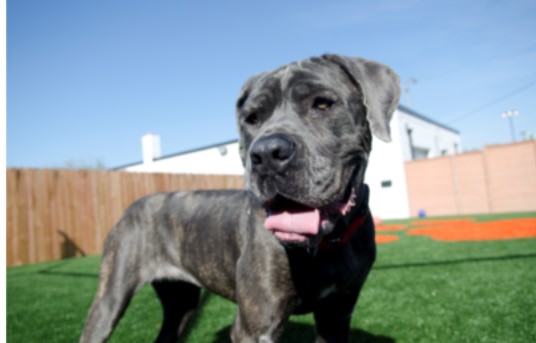