There are still stray dogs roaming the streets needing rescue. They are cautious of strangers, finding solitude in abandoned houses, sleeping with one eye open, and scrounging for enough food to keep their empty bellies from rumbling. Donna feeds them every weekend so she can keep tabs on them but also to fill those rumbling bellies.

This "feeding of the strays" didn't go as usual, though. Driving around on a dark, chilly morning, she spotted something strange in someone's driveaway. It was a large bird - at first it looked like a predator bird eating something but he never moved or responded to any noises. Something was wrong. 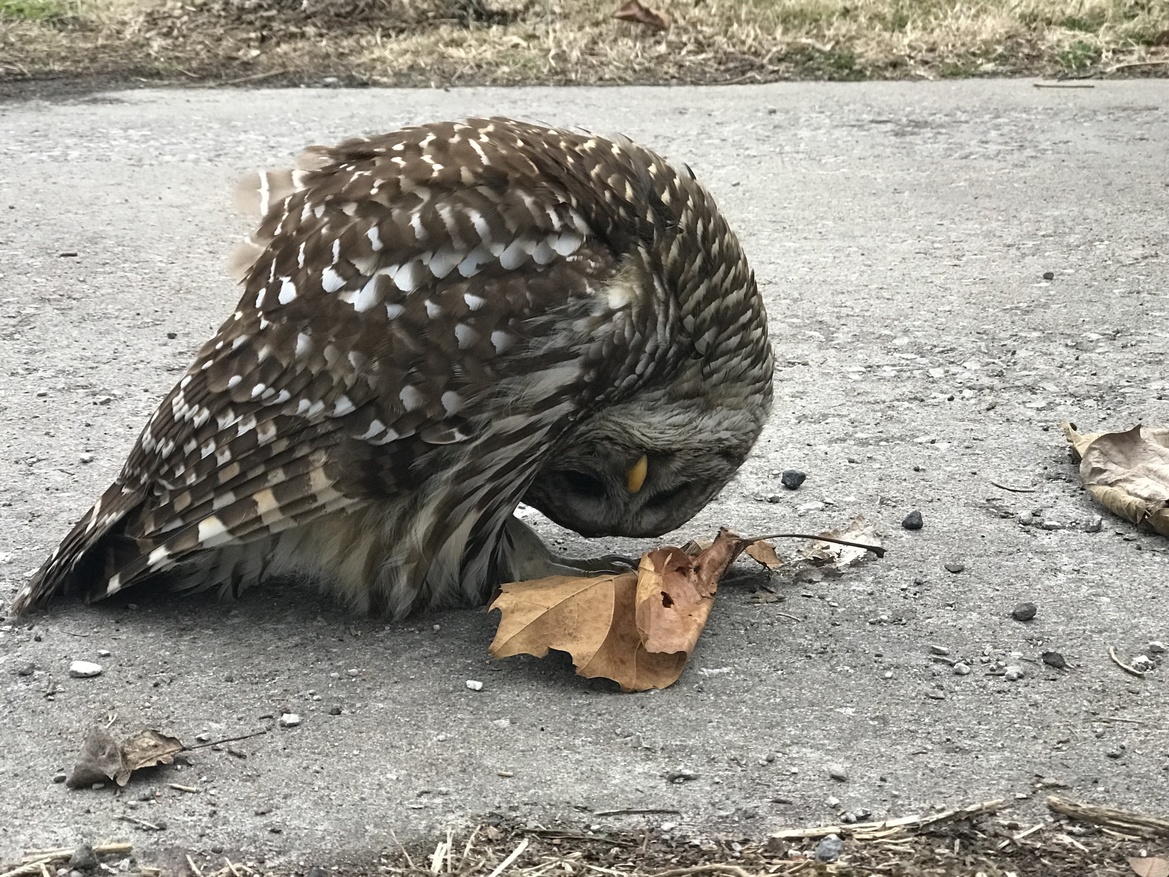 Donna got out of the Jeep to get a closer look and saw that it was actually an owl. His neck was bent down to the ground and when he turned to look at her, his head was completely upside down. He didn’t seem to be able to lift his head at all.  Something was definitely wrong with this beautiful and profound creature. We couldn't just leave him there like that, unable to protect himself...our hearts don't work that way. Aimee called the World Bird Sanctuary to see if they could help. They immediately knew the bird was suffering from torticollis, which can be caused by trauma or something in the environment, and they asked if we could bring the owl to them.

An owl rescue, we thought? We're up for the challenge! Using a towel and cat carrier she had in the Jeep, Donna gently placed the towel over the owl’s head and carefully lifted him into the carrier. Thankfully, he didn’t make a sound or try to struggle. Once he was safely in the Jeep, they headed to the sanctuary.  The team there was so helpful, went to work on him immediately and promised to do everything they could to help rehabilitate the owl so he could be released back in the wild. They even gave us an I.D. number so we can call for updates and be a part of his release! Some folklore states that an owl is a sign of wisdom and guidance. So while on his freedom ride, we decided that his name would be Folklore. We were so impressed with the World Bird Sanctuary - check them out if you get a chance!

Speaking of folklore, it is said that seeing an owl during the day represents a great possibility of an enlightening experience will come in your life. You will unfold a page in your existence in where you can feel awakened and full of hope. So, we wonder what it means when you rescue one? 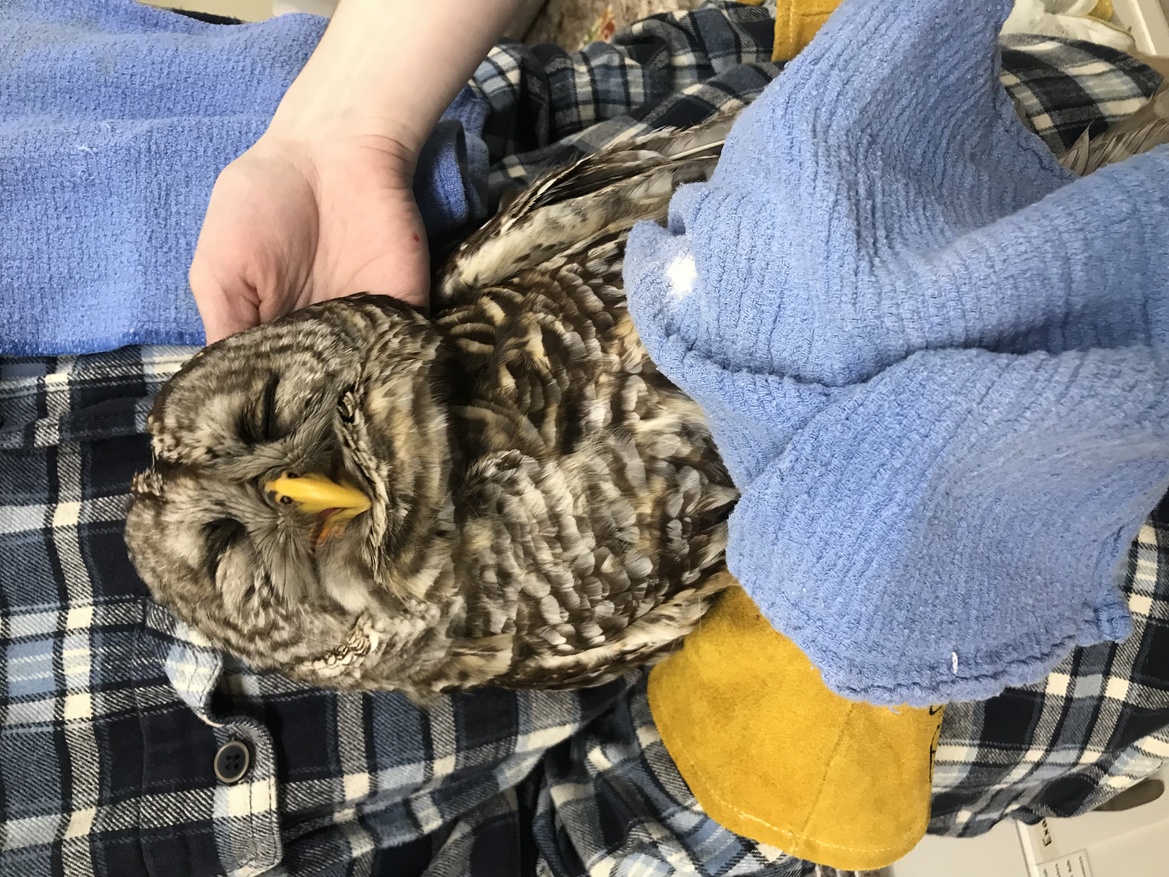 Please consider us for your end of year tax-deductible gift: