Pria & Preston leave the streets behind 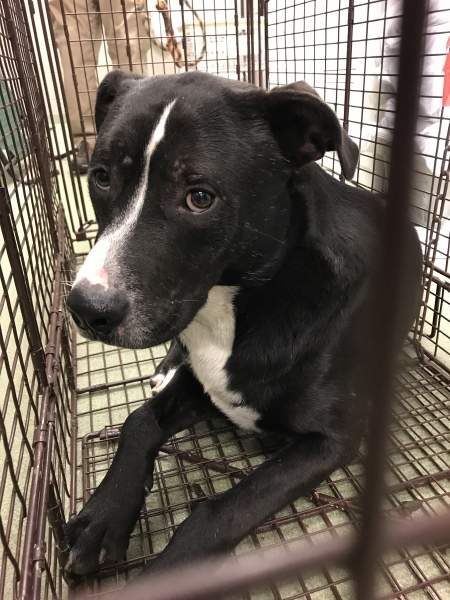 The caller said there was a black dog laying in the grass, and she couldn’t tell if he was injured or not. I pulled up and spotted the dog laying under a bush. He got up and started barking the minute I got out of the jeep. I followed him up the hill and saw him again - with a second dog. Suddenly a third dog appeared and then a fourth one joined. So instead of one dog as the caller said, it was a pack of four!

Now that there were four, my original plan of rescue wasn’t going to work.

It was going to be nearly impossible to save all four at one time, but I especially wanted to rescue the injured one so we could get him medical attention. So, I called for reinforcements. Scott loaded up his truck with a couple of traps and met me.

As we were almost finished setting up the traps, all four dogs took off. We quickly set the traps before they would have a chance to cross the dangerous nearby street. My wish came true, and like magic, the injured dog went right in one of the traps! Then another dog made her way over to the second trap. She must have known what we were thinking, because she headed directly to the opening, ate the food and then went in. The other two dogs ran off.

We took the two safely back to the shelter and got them settled with more food, water and a comfortable bed to help them decompress and get some much needed rest. We will keep an eye out for their two friends and hopefully give them their freedom rides soon too. In the meantime, there are now two less dogs having to live out on the streets. They will no longer have a cold, hungry night. They will learn human decency, love, comfort and confidence. The injured pup will get medical care and will heal. Their lives begin today!