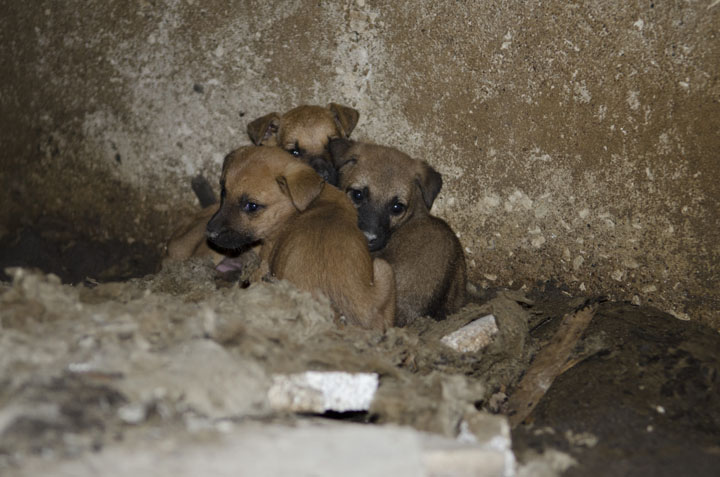 When my phone rings and I see it's my buddy from Metro, I know it's about a dog in need. In this case it was four, and they were all puppies. The two puppies that had been spotted were described as "walking skeletons."

When my phone rings and I see it's my buddy from Metro, I know it's about a dog in need. In this case it was four, and they were all puppies. The two puppies that had been spotted were described as "walking skeletons."

Picture a completely burned out, collapsed house. The basement is where mom decided was the "safe" place for her puppies. When we got there, mom was nowhere around. There was no sign of the puppies, and they weren't making a peep. It was already over 90 degrees at about 9:30am, so we weren't leaving without finding them. 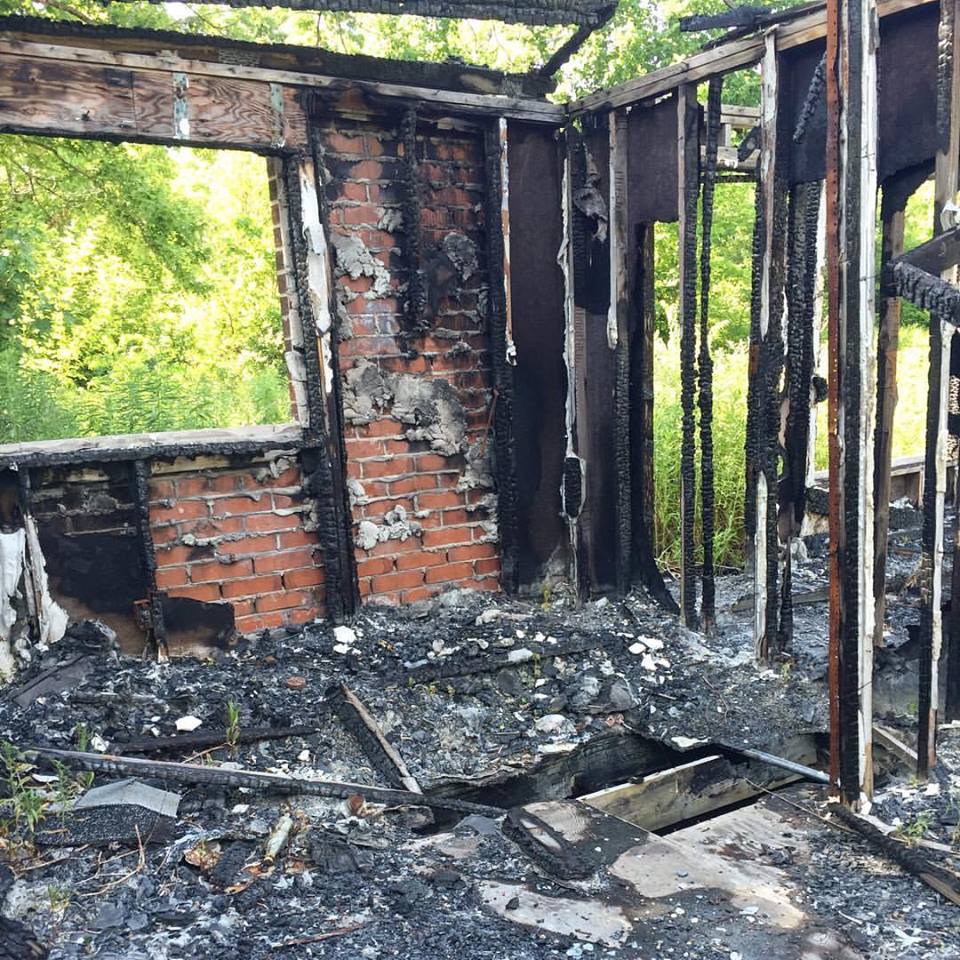 Even with the hole in the floor, the basement didn't have much light. The flashlight on my cell phone didn't help much but as I panned around the basement, the light hit a pair of eyes. There was a single puppy sitting all the way in the back corner. He was small, but looked pretty good, so I knew there were more since he didn't fit the earlier description. I handed this puppy off to Kateri and went back down. 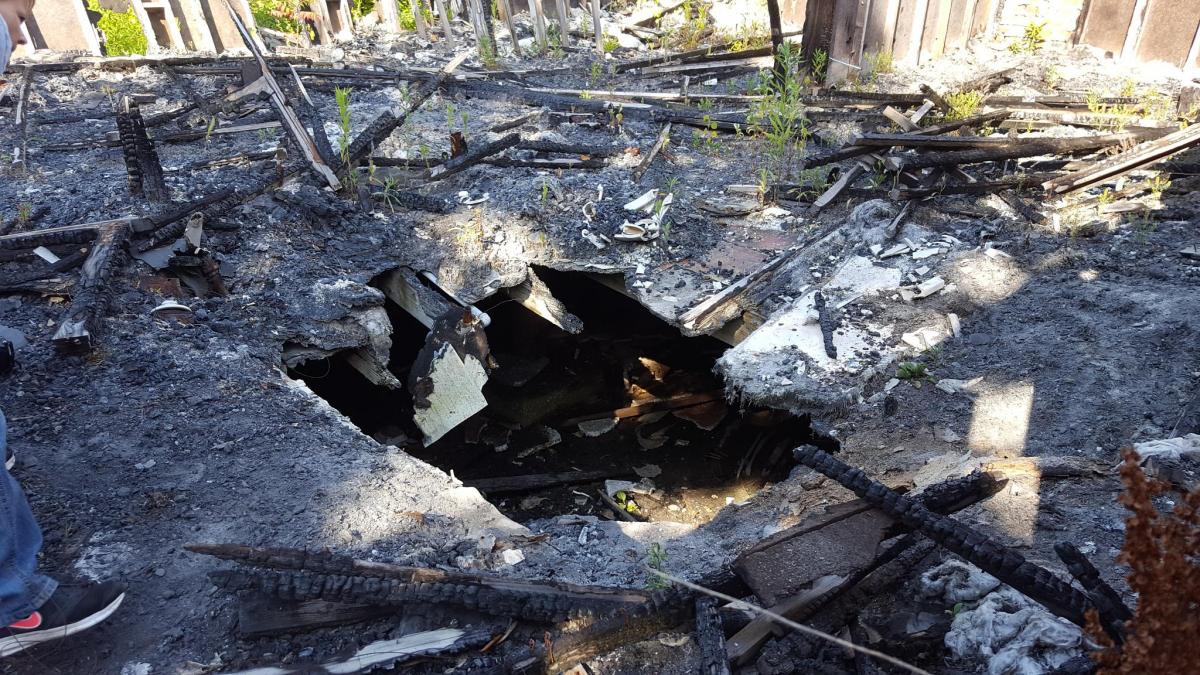 I went along the wall with the light and finally spotted three more pups. Even in the dim light, I could see their spine and hip bones. They were huddled in a tight ball, so scared. Even with the combined weight of three puppies, it felt like I was carrying nothing. 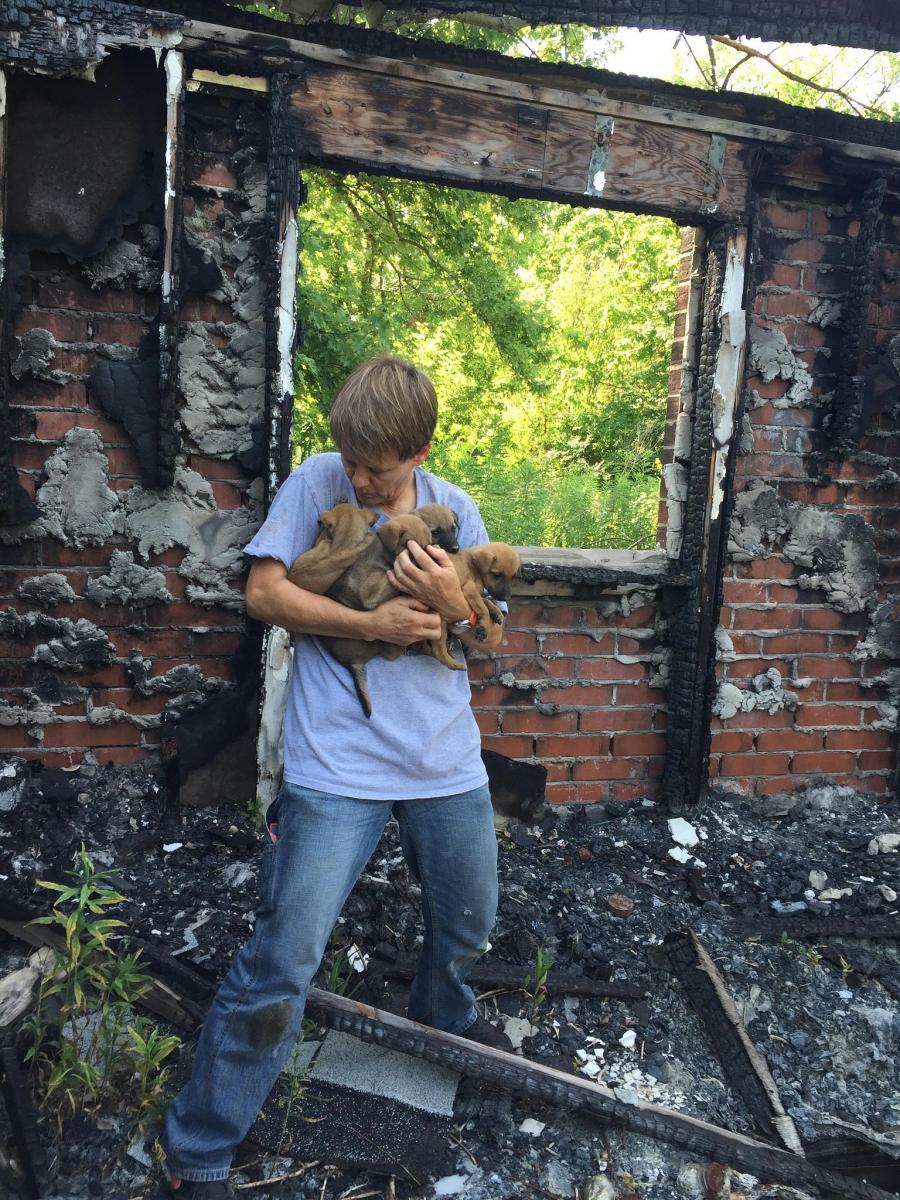 I handed these three off and went down for another look around before we left. There were no others, so we made our way to the jeep and back to the shelter. We first noticed their ears were full of ticks. After a good cleaning and with full bellies and a soft blanket, the pups went into that "deep, finally rescued" sleep.

Sadly, we lost the one female puppy to health issues that even the specialists at VSS would not be able to repair. She passed peacefully surrounded by people who already loved her. Her three brothers are in a foster home, gaining much needed weight and enjoying the comforts of life that all puppies deserve.