Add to the list of things 2020 will be known for. For us, it will be that it’s the longest and craziest kitten season we have ever had!

Last week we introduced you to another kitten rescued from a sewer.  It was a rescue that lasted all day - nearly 8 hours. But how could we ever give up knowing she was down there all by herself? And so hungry! We tried all sorts of things to rescue her, but in the end, we found a teeny tiny trap that was small enough to fit in the pipe, filled it with yummy, smelly sardines, and gave her time. At the end of the day, she finally went in. Success! We named her Sue R. Kitten.

But little did we know, her story was just beginning. 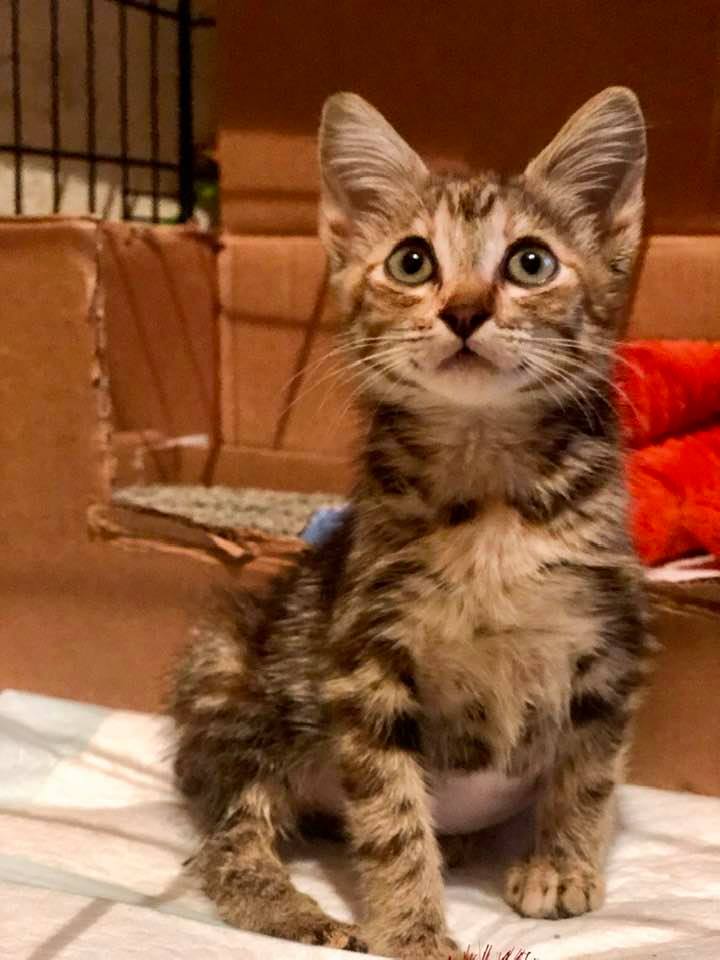 When we brought her to the clinic at Stray Rescue, we noticed that her tail was so badly broken that a large portion of it needed to be amputated. During that examination we also discovered that not one, but BOTH of her back legs were broken. The pain this poor little kitten had to be in we too much to imagine. She left for a foster home where she could rest and heal in peace and quiet, but we were really worried about her mobility in life. And being so young, we want to be able to correct it now so she can get the most out of what life has to offer. 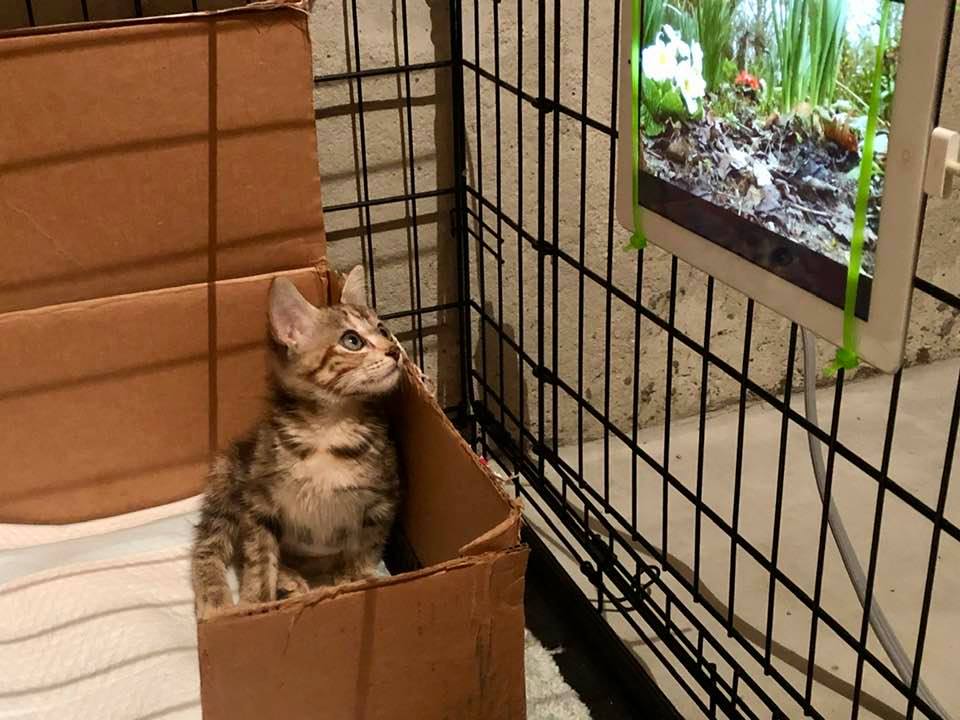 (photo: watching birds and fish on her ipad in her foster home!)

We consulted with a specialist about her legs and surgery options:

The first leg was broken in two places, the tibia and fibula. But the wound was old and had already begun to form scar tissue and heal on its own. So an external fixater would be set in place to add stability while the bones healed.

Her other leg, however, was a different story. The break was too offset and far apart to ever heal on its own. But with surgery, she could keep all 4 of her limbs and, in time, she would be able to run, jump and climb just like any other kitty. So, of course we decided to move forward with the surgery. 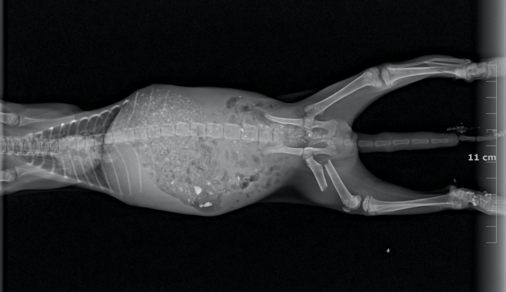 Because she is so young, we are very optimistic that she will fully recover and will go on to have a full and happy life. Sue R. Kitten is our youngest kitty warrior, yet! 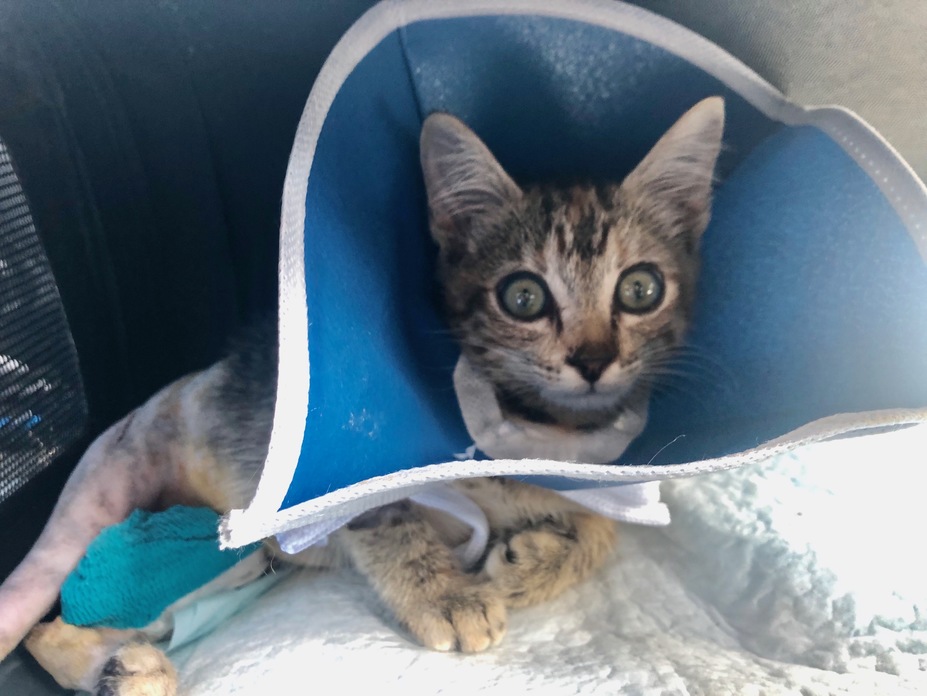 To help with her surgery costs, please give now!