The Reality Of Dogfighting: Saving Vida, Your Help is Needed (GRAPHIC CONTENT) 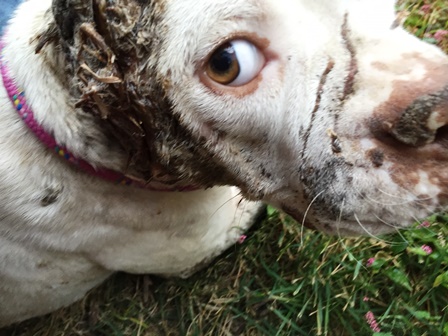 Vida is yet another casualty of dogfighting - a so called illegal sport that is one of the worst types of animal abuse. It's heartbreaking to know that her life-threatening injuries were inflicted on her over a period of time. Vida's rescue came about last evening at the 3600 block of Louisiana, and we had to rush her to VSS (a specialty vet hospital) to save her. Last night she has a blood transfusion just to stabilizer her for wound care. She lost one ear already and may possibly lose a limb next. 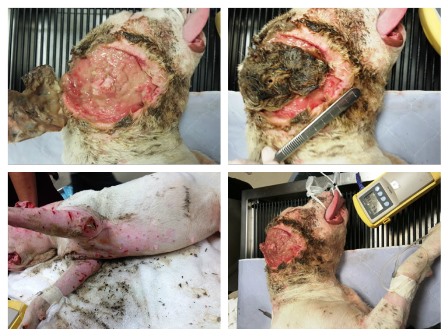 VSS is expensive, and we need your help. Donating to the Sidney Strum Animal Abuse Fund will provide the money needed to heal her and will provide us with the resources to catch these sub-human abusers. So I ask from deep down in my heart for you to give today, and help save Vida and catch the monsters who did this to her.

The pictures are very graphic, but necessary. As a collective and compassionate community, when we all see the horrors of dogfighting we can write letters to the prosecutors and Judge with passion in our hearts. We can call in and report whenever it is suspected in our neighborhoods to stop this insanity. Finally here are some interesting facts that we all need to know. If you have any information, please call Stray Rescue. 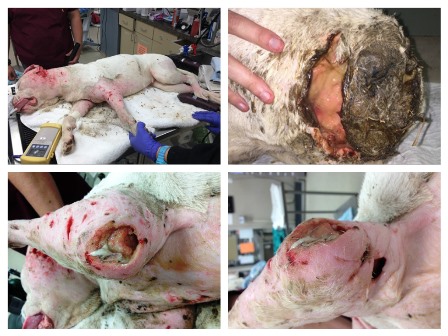 Keep Vida in your prayers so she can one day know what it is to be loved, healthy and safe. As with so many of these victims, she gave kisses of thanks even in horrific pain. 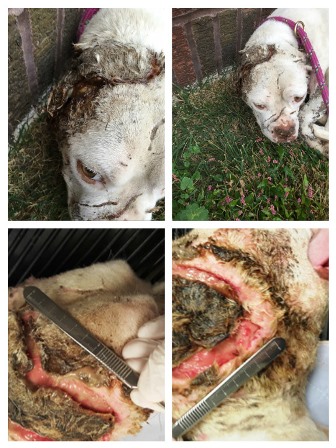 • Canine victims usually suffer ongoing neglect and cruelty during the "training" process. They are often: forced to wear heavy chains and run on treadmills; left outside without shelter; fed steroids to increase muscle mass; fed stimulants to make them aggressive in a fight; fed narcotics so they don't feel pain in a fight; starved to make them aggressive or so they can "make weight" in a contract fight; and subjected to cruel amateur ear cropping and treatment for fighting injuries. Females may be confined in "rape boxes" for breeding.

• Trainers may viciously kill dogs who refuse to fight or who lose fights. Killing methods include shooting, hanging, drowning and electrocution. In the "dog man's" world, the credo is "Breed the best and bury the rest."

• Trainers ruthlessly acquire animals to use as live bait. Acquisition methods include fraudulently acquiring dogs or cats from shelters or via "free to a good home" ads, setting up a sham rescue organization, or outright pet theft. The bait animals are often attacked and torn apart during training.

• Why pursue state charges? While federal law allows for the prosecution of animal fighting activities related to interstate or foreign commerce, state laws allow for the prosecution of animal fighting itself, animal cruelty and animal neglect. Federal prosecutors are not likely to prioritize animal fighting cases, except in high profile cases like Michael Vick's, and in fact have rarely (if ever?) charged anyone with violating 7 USC § 2156. Furthermore, it may be difficult to prove the "interstate commerce" requirements of the law. Therefore, it is vital to pursue state remedies as well. 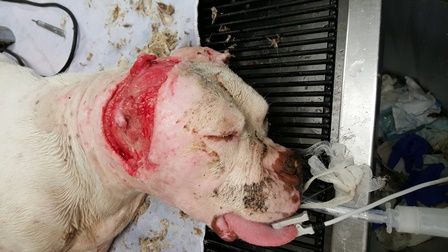