We first met McCoy at Stray Rescue with his roommate. They were cuddled together and were nearly inseparable. McCoy was rescued by our friends at Stray Rescue. He was found in a backyard after a lady called the police. She claimed that a vicious pit bull had not allowed her to leave her house for three days. When Stray Rescue arrived, they found a very personable and emaciated dog with previous restraint injuries to his neck and muzzle.

We went to Stray Rescue with our dog Kylie, hoping to find her a brother or sister. She had been somewhat out of sorts, since losing her sister (another Stray Rescue Sweetie named Bracket) a few months earlier. Kylie wanted a dog that shared her positives: was not aggressive, likes all living things, enjoys long walks and an occasional cheese and sausage. She also needed a strong positive energy to offset Kylie's intermittent nervousness. Several dogs were in the running; Stray Rescue has a wonderful palette of personalities to choose from, and McCoy seemed the best fit.

We took Kylie to Stray Rescue to observe her interaction with McCoy. The nearly 2 year-old McCoy showed his puppy tendencies. He was very playful and animated in front of Kylie. Kylie cowered in the back corner of Stray Rescue's outdoor play area. She sat and watched as McCoy made his laps around the yard. He eventually came up to Kylie, made a play bow, and started to mouth at Kylie, as puppies do. Kylie, unsure of what to make of this, gave a defensive teeth barred sneer, which McCoy promptly read. He submissively rolled over on his back. McCoy is nearly double Kylie's weight, but he understood the situation. Even though he's still slightly a puppy, McCoy is a gentleman. McCoy is a great fit for Kylie, and we took him home that day.

At first, Kylie girl was apprehensive. McCoy slowly won her over, and now they play all the time. Kylie has now learned how to play with another dog for the first time ever!

A piece of our hearts were taken when our fun-loving Bracket passed away, so much so that the thought of getting another dog was too emotionally overwhelming. But McCoy proved that we were wrong by filling the void in our hearts and so much more!!! He is the perfect addition to our family.

McCoy and Kylie love to go for walks, and they enjoy meeting new friends. McCoy serves as the MC...no pun intended...MC will normally greet the new friend, Kylie will slink up behind McCoy and follow his lead. Kylie and McCoy enjoy their new hobby: socializing patio-side at local St. Louis establishments. I hope no chef is offended by the side order of sausage going to the dogs! 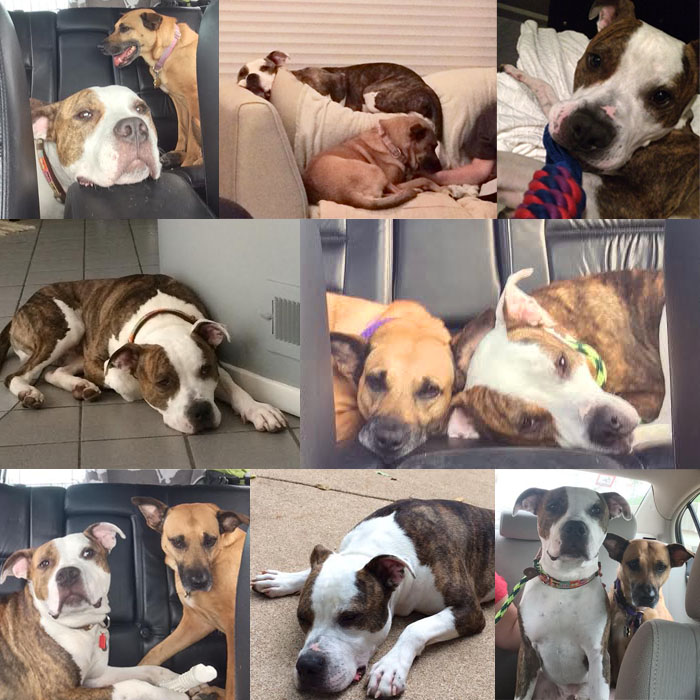 The Welcome Home segment is all about showcasing the amazing transformation that occurs when a companion animal is adopted and brought into a loving home. Not only do we enrich their lives, but they also enrich our own lives and the lives of our families beyond measure. There are countless heartwarming stories to tell, and we want the whole world to know just how much better life can be with an adopted dog or cat by your side.